Family Watchdog truly believes that "Awareness is your best defense". And with that being said, Family Watchdog wants you to be aware of the potential dangers around you and your family. We have been providing a search to see who is in your area for over 15 years - all free to the public. In addition to our free searches, we also publish monthly newsletters and blogs that have numerous safety topics in them from signs of child grooming, to how to stay safe in hazardous weather.

One of the scariest situations for parents to face is having their child become victimized by a sexual offender. Although current laws make it nearly impossible for convicted sex offenders to live or work near places where children congregate, that doesn’t change the fact that they can live in neighborhoods where families live. It also doesn’t change the fact that a sexual offender, even with proper supervision and treatment, can easily become a repeat offender. To protect your children, you need to know the statistics and learn the signs of child sexual abuse.

Sexual abuse has no “favorites” - it can happen to boys, girls, men and women of any age, race, looks, sexual preference or social status. Here are some additional sexual offender statistics:

So what is Family Watchdog doing with those alarming statistics?
We invite you to use our free service to locate registered sex offenders in your area. Just enter an address and we'll show a map. You can click on the map icons that appear and see photos (where available) addresses, convictions and other information about the offenders on the map.

We also have a notification system! Our notification service is very simple. You specify addresses that you want to watch and the distance around those addresses. We do the rest. We can also monitor specific offenders as well. We update our data daily from multiple state sex offender registries. As soon as a convicted sex offender registers an address in your area, we will alert you. It's that easy.

So stay safe, stay aware and learn the signs of sexual abuse, sexual trauma, trafficking and stay ahead of the game. No longer be fearful of the world and the dangers that lurk, take matters into your own hands and be aware! 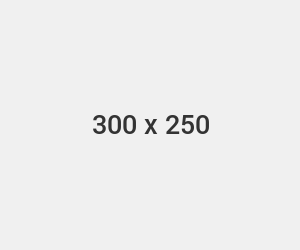